The history of this Center begins with the establishment in Venice of the Tuscan lay congregation of the Gesuati (the name comes from the fact that they were devotees and acclaimed the name of Jesus), dedicated to the care of the infirm people, first in the parish of Santa Giustina and subsequently in Sant'Agnese because one of its members had inherited some houses in the area.

It was 1423 when the first interventions were recorded to adapt the existing buildings to monastic uses and to add new buildings, including a small oratory dedicated to San Girolamo with a front porch and a side-by-side cloister.

Further expansions of the convent area occurred in the second half of the fifteenth century, while in 1493 the first stone of the Church was laid to replace the existing oratory; this will be consecrated on 21 December 1524 by John Bishop of Tiberias (as mentioned in the plaque placed inside the cloister) and dedicated to Mary's visit to her cousin Elizabeth, hence the name "Santa Maria della Visitazione".

The Church is a significant artistic example of the Venetian Renaissance and its most singular decoration is the large coffered ceiling of the nave, consisting of a central tondo in which the visit of Mary to her cousin Elizabeth is represented, being the church dedicated to " Santa Maria della Visitazione ”, and 58 square tables depicting evangelists, doctors of the Church, saints, for whose features it is assumed that they may have been made by the disciples of the school of Leonardo da Vinci.

In 1669 the Convent and the Church were purchased by the Dominican Fathers, who with the increase in the number of the faithful felt the need to erect a new temple.

The design was entrusted to the architect Giorgio Massari and in 1726 work began on the construction of the new church which was dedicated to "Santa Maria del Rosario"; here, once the work was completed, the valuable works of the ancient Church of the Gesuati were transferred, which was transformed into a public library, housing the precious collection of books donated by Apostolo Zeno in 1750.

At the same time, the Dominican Fathers started, always with the architect Massari, the design and subsequently the construction, on the adjacent land they acquired between 1747 and 1749, of the largest Venetian monastic complex of the time.

The library remained open to the public for about sixty years, until European historical events also changed the fate of the ancient convent: in 1810 Napoleon suppressed the Dominican order along with many other religious congregations and confiscated their assets.

From 1815 to 1850 the structure was managed by the civil authorities as an orphanage until in 1851 the management was entrusted to the Somascan Fathers; at this juncture the Church of the Visitation returned to be used for religious practices for orphans.

With the unification and annexation of Veneto to Italy in 1866, the Somascan Congregation was abolished and the Institute passed under the public administration of the Pious Institutes, who in 1919 entrusted its direction to Don Orione.

The latter on 4 August 1923 bought the entire property continuing the work for orphans and minors with difficult family situations. Under the wise and paternal direction of his valid and zealous priests, the Institute became, with its professional schools, a hotbed of orientation to honest and sought-after work for hundreds of young people: hence the name "Artigianelli". The Institute housed carpentry, mechanical and typography workshops.

In the '80s this House became a boarding house for university students and, since 2000, it has been reorganized, carrying out an articulated restoration, into a Cultural Center with a modern Congress Center, Exhibition Spaces and Religious Guest House.

To the page Don Luigi Orione. 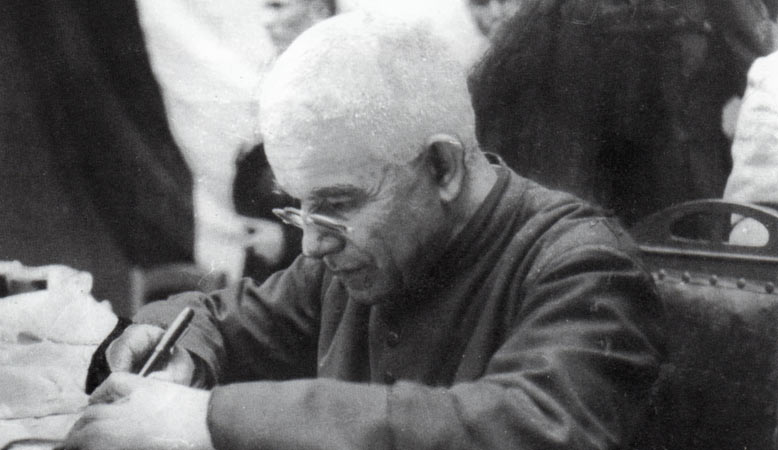