Our first mission is always hospitality through our helpfulness and professionalism but also the environment influences and creates an atmosphere, is available for meetings and stirs up emotions. 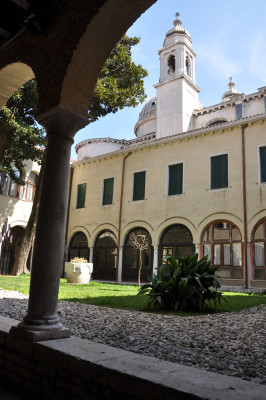 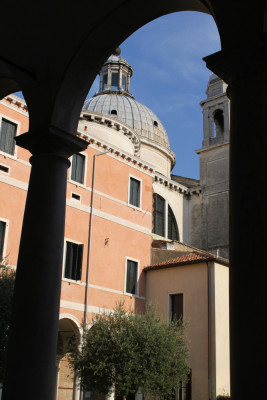 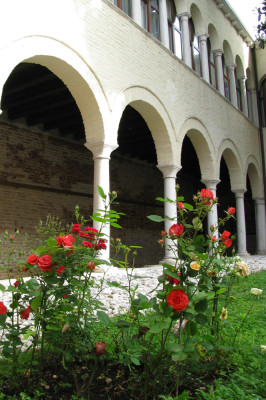 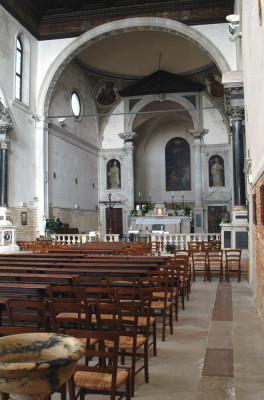 Our Center is a large architectural complex of approximately 10,000 square meters, built as a monastery and later used as an orphanage and vocational school. It consists of a cloister dating back to the fifteenth century with the adjacent Church of St. Mary of the Visitation, which overlooks the Giudecca Channel, and of other three cloisters, and of numerous buildings that are different for typology and era of construction (XVII - XVIII century). 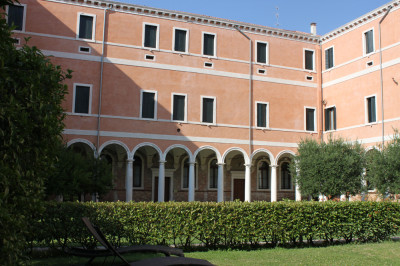 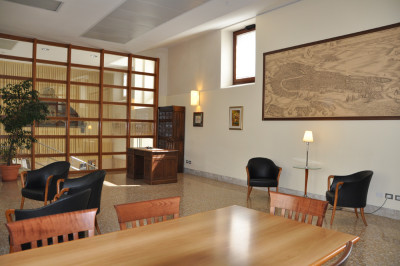 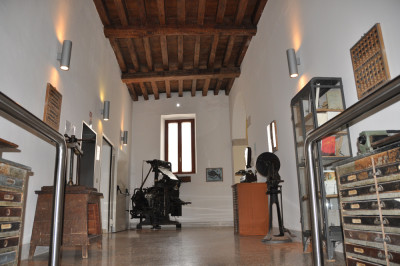 In the last few years, the entire Center, set under the protection of the Ministry of Heritage and Culture, has been subject to a sophisticated intervention of restoration and modernization that has seen the allocation of new use destinations to different areas; through the work carried out between 1996 and 2011, the building has been transformed into a Religious House of Hospitality and Conference Center. In order to realize this, a meticulous intervention of conservative restoration of the oldest parts has been performed conforming to the spatial characteristics of factories, and at the same time to the structural consolidation and reinforcement of attics, and to the technological upgrading of areas for new functions.

There where it was necessary to operate from the start, any ambiguous camouflage with the pre-existences has been avoided and so the design of declaredly modern elements has followed, like the new elliptical staircase, made of reinforced concrete structure in view; it has been inserted into an existing space, the presence of which is underlined by the rhythm of holes. Scattered along the paths, it is possible to see the signs of the new design: enlightening bodies by the essential shapes, steel frames, sophisticated equipments for the functioning of conference rooms.

To complete the conservative restoration, in the early months of 2011, the intervention restoration of the ancient spiral staircase has been officially opened; it has been realized by architect Giorgio Massari (1687 -1766), who placed it in a strategic position between the cloister of the fifteenth century and the two cloisters of the eighteenth-century, almost to assume the function of pivot of the whole monastic system.
The restoration of the wooden coffered ceiling of the Church of Saint Mary of the Visitation is now compete; it is the only example of that period still available in Venice.

We feel very privileged to be able to enjoy and offer this masterpiece of architecture and it is the reason why we keep on concentrate our efforts in order to be able to qualify it at the most.