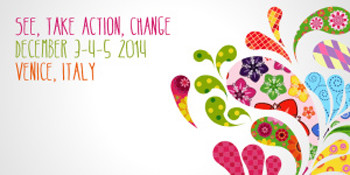 Tackling racist stereotypes in popular culture and devising awareness-raising actions on antidiscrimination and anti-racism have been engaging us, the 16 partners of the BEAMS project, for almost two years now. It took us months to analyze thousands of cultural productions, TV, cinema, music, sports, and other cultural expressions: We involved, interviewed, listened and discussed with over a thousand citizens in open discussion and reflection meetings. We engaged young and less young people in the hundreds during the realization of 20 pilot actions and local events. As a result, the involved citizens produced dozens of cultural productions, videos, art, performances, where they critically review and counter cultural stereotypes that hamper dialogue and increase the potential for racist and discriminatory behaviors. Not only do these activities put into practice the project’s slogan “stop watching, start seeing”, but they go beyond it, they represent “taking action” against stereotypes and discrimination. After two years of intense work, the final event is foreseen as an event open to experts and citizens to showcase the work and the concrete results of the pilot actions and to present and share the overall results, follow up plans of the project to a wide audience. The event will start on Wednesday December 3rd, and will end on Friday December 5th, early afternoon. The BEAMS exhibit will remain open for visitors only by appointment until December 18th, 2014.

THE INTANGIBLE VALUE. THE SOCIAL IMPACT OF THE ENTERPRISE.

This is the title of the EASE&SEE final conference, which is scheduled for the 28th of November 2014 in Venice, Italy. Aim of the conference is presenting the results of the project and the structured model of cooperation between social enterprises, traditional enterprises and public authority with the support of the financial industry, set up by the project. One special session will be dedicated to the presentation of the new programming period 2014-2020 of EU funds dedicated to Social Innovation. The President of EURICSE will present the first results of the public consultation organized through the Semester of Italian presidency of the EU Council entitled Unlocking the potential of the social economy for EU growth. The conference will end with the Gallery of opportunities for creative, ethical and sustainable enterprises, as a new opportunity for the EASE&SEE stakeholders to meet and discuss ways to cooperate.